Dr. Joshua Bynum is Professor of Trombone at the University of Georgia and trombonist with the Georgia Brass Quintet, and the MOD[ular] Contemporary Chamber Ensemble. He is a founding member of Resonant Projection, a professional trombone quartet committed to expanding the repertoire and advocating for chamber music as an essential ingredient in school curriculum. In the summers, Josh serves as trombone artist/faculty for the Sewanee Summer Music Festival. He has also been on summer faculty for the Festival of Vale Veneto, in the Rio Grande de Sul region of Brazil.

Josh has given clinics and performances at the Eastern Trombone Workshop, International Trombone Festival, Georgia Music Educators Association Conference, JanFest & MidFest Band Festivals, as well as for various workshops and universities across the country. He was a participant at the 2007 Alessi Seminar, and has been an invited performer for the Washington Trombone Ensemble, ITF Cramer Professor’s Choir, as well as the Professor’s Choir for the Southeast Trombone Symposium. He was a featured artist for the 2017 International Trombone Festival – at the University of Iowa.

His solo CD Catalyst features previously unrecorded works for trombone, and is available through Potenza Music, iTunes, and Amazon. The MOD[ular] Ensemble is featured the commercial release  New Cartography, with a performance of /ping/ by Peter Van Zandt Lane.

Josh is a graduate of Temple University, the University of Iowa, and Jacksonville State University. His teachers include Nitzan Haroz, David Gier, and James Roberts, with additional significant instruction from Joseph Alessi, Glenn Dodson, and David Perkel. Josh currently serves as the Journal Advertising Manager for the International Trombone Association, and is the editor for the ITA Journal Pedagogy Corner column. He is an Artist & Clinician for the Edwards Instrument Company. 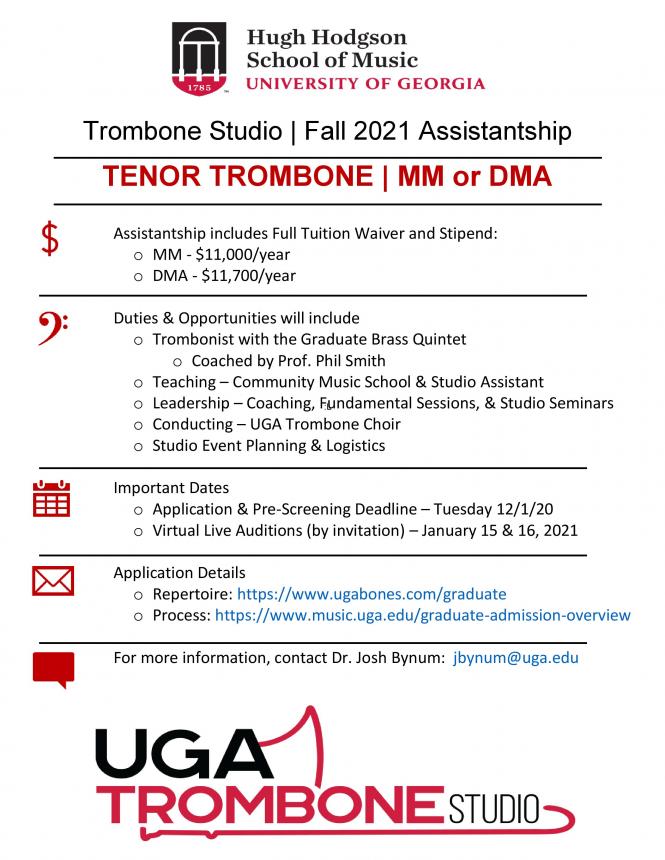