The Hodgson Wind Ensemble has earned an international reputation for its artistry, precision, sensitivity, and musicianship. Membership, determined each semester by blind audition, includes the most accomplished graduate and undergraduate UGA music majors. Employing flexible scoring, the Wind Ensemble (one musician per part) performs chamber works as well as large scale compositions, fresh ink and classics, and music from around the world.

Championing the performance of new music, the ensemble has a rich history of commissioning emerging and established composers. In addition to commissioning and premiering new works, the Wind Ensemble tours nationally and internationally, hosts acclaimed guest artists, and records on the Naxos label. Recent performances include tours in Argentina, France, and Switzerland, as well as featured appearances at the 2009 National CBDNA conference (Austin, TX), and the 2013 American Bandmasters Association Convention (Tampa, FL). Under the direction of Cynthia Johnston Turner, the Wind Ensemble adds service-learning and performing to its touring regimen. 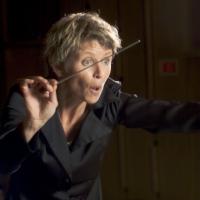