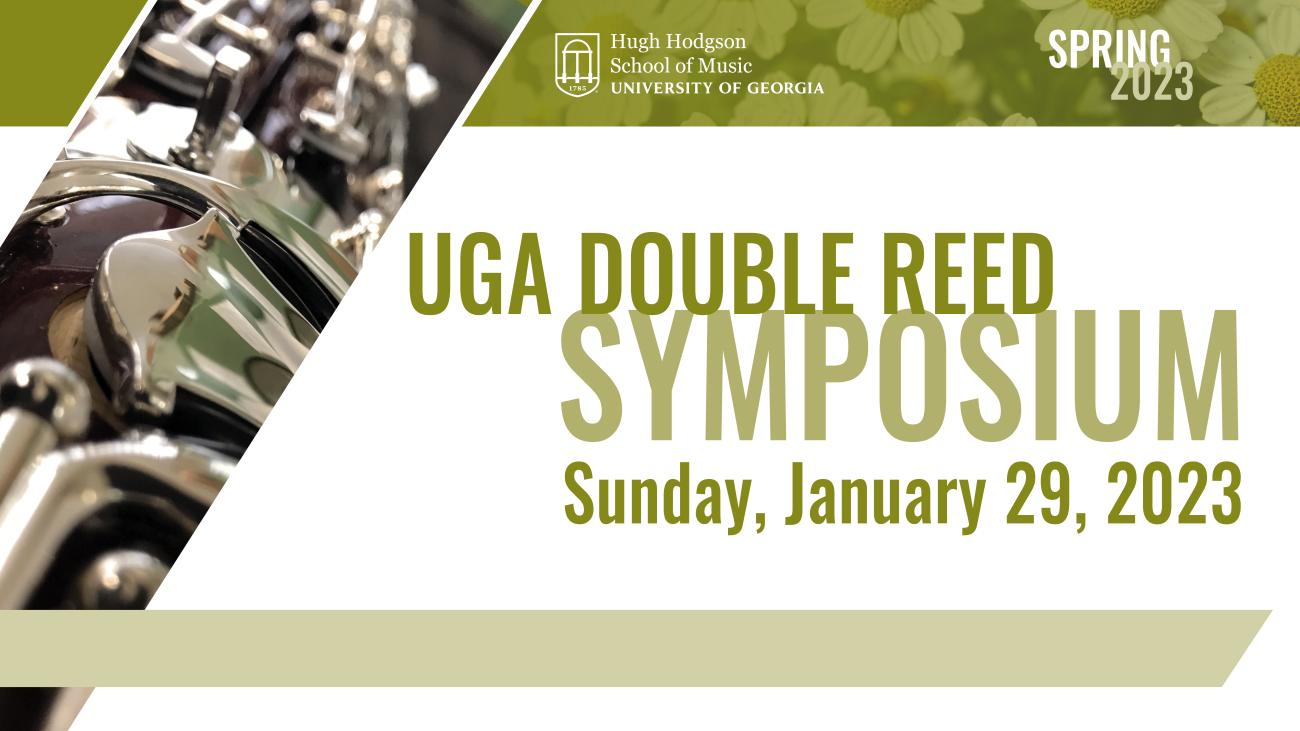 Join us for the 2023 University of Georgia Bassoon and Oboe Symposium on Sunday, January 29, 2023!  We will have a wonderful day full of classes, performances, vendors, and more. Our guest artists this year are Catherine Van Handel, principal bassoon of the Milwaukee Symphony and faculty at the University of Wisconsin-Milwaukee, and Eric Ohlsson, professor of oboe at Florida State University. In addition to master classes with our guest artists and resident UGA faculty members, students will also be able to attend reed class or other elective classes, attend the faculty artist recital, and perform with the symposium double reed ensemble.

We will have a separate master class for beginning students and junior high school students to work on issues unique to starting bassoon and oboe. Students will be able to try out instruments and purchase cane, reeds, instruments, and other accessories from our fantastic vendors: Midwest Musical Imports, Fox Products, Miller Marketing, Nielsen Bocal Supply, and Oboe Chicago.

There will be several spots available for students to play in the guest artist and UGA faculty master classes. Register early to reserve a spot!

Registration is available online this year with a credit card, or applications can be printed and mailed to the address below. The cost of $60 covers attendance, lunch for participants, and a symposium t-shirt. Registration is due by Friday, January 13th in order to secure lunch and a t-shirt.

All events will be held at the UGA Hugh Hodgson School of Music at the address listed below. Parents are welcome for the day’s events, but we cannot provide food for parents.

Any questions or concerns can be directed to Dr. Messich (oboe) at rmessich@uga.edu or Dr. Pollard (bassoon) at amypollard@uga.edu. We look forward to seeing you in January!