The Hugh Hodgson School of Music is excited for the new Faculty Artist Series season opener featuring husband and wife team, Col Legno Duo. The duo is made up of University of Georgia’s associate professor of bassoon, Amy Pollard, and her husband Scott Pollard, the Artist Affiliate in percussion at Emory University. This new season will kick-off on Monday, September 16 at 7:30 p.m. in Ramsey Hall.

The Col Legno Duo takes its name from the Italian musical term meaning “with the wood.” The program will present a series of original pieces and transcriptions for bassoon and marimba. Audiences will hear a wide variety of styles and sounds from the unusual instrumental combination. The wife and husband duo have been working together for almost 10 years and have developed a rapport that is entertaining to watch and hear. With an eye towards expanding the repertoire of this unique instrumental combination, the duo has arranged and commissioned numerous works and recently hosted an international composition contest that featured more than 100 submissions from 20 different countries.

This concert consists of mostly American composers, with one transcription of a piece by Erik Satie. The style of music varies widely, including elements of jazz, Broadway, and rock music blended with more traditional harmonies and forms.

“The combination of bassoon and marimba is very unusual. The pairing creates a beautiful sound and resonance along with a variety of timbres,” says Pollard. The duo has worked with a number of composers to commission new compositions, as well as making their own transcriptions of works that were originally written for other instruments, such as the Gershwin Piano Preludes.

“We chose these pieces to feature American composers and to create a diversity of sounds and styles,” Pollard says. Most of the pieces on the recital are less than 12 minutes in length, providing the opportunity to showcase more compositions. The piece "Shadows," by composer Reed A. Hanna, was commissioned by the duo and the world premiere was this past July at the International Double Reed Society convention. Audiences will also get the chance to hear the world premiere of the arrangement of "Want It. Need It. Have It." by composer Adam Silverman.

The Faculty Artist Series is one of the Hodgson School’s premiere series, with all ticket proceeds directly benefiting student scholarships. Tickets to the concert are $12 for adults or $3 with a UGA student ID and can be purchased at pac.uga.edu or by calling the PAC box office at 706-542-4400. Those unable to attend can watch the concert live on the School’s website: music.uga.edu/live-streaming. The UGA Hugh Hodgson School of Music sponsors more than 350 performances each year. To view the performance calendar, subscribe to the weekly email concert listing, and to learn more about the School of Music, go to music.uga.edu. 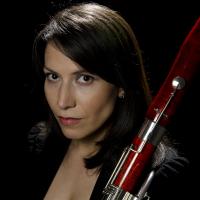